What Does it Take to be a Business Analyst Professional?

Before you can be certified as a Business Analyst Professional, it is best that you enroll in a business analysis preparatory course. In this times of recession where they lay off non-performing employees and shutting down plants, there is a need to develop yourself to be competitive. One edge you can have over the other as a business analyst is having a certification. If you wish to study for the CBAP (Certification for Business Analyst Professional) you can try an Affordable Business Analysis Course for as low as $600 to the public and $348 for Course IIBA members. This introductory price last until the end of the year so you do not have to worry this offer might expire soon.

It is a six week course where you can review, learn and access to a bank of questions about the BABOK 2.0 in preparation for the CBAP exam. A little time during your lunch break or in the evening gets you occupied with the instructor-led presentations. In this course you will experience learning techniques, strategies, tools and other skills needed for you to succeed in your job; you will be engaged in a mixture of assignments, quizzes, flashcards and CBAP exam simulation that will try to enhance your business analysis skills. There are a lot of business analyst site offering benefits of their course, this one has a comprehensive coverage giving you the needed skills. This is the only course you need in preparation for the exam giving you 21 CDU's toward certification and recertification. 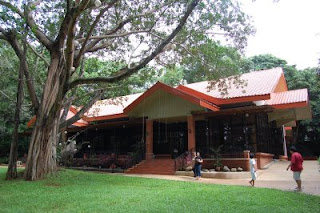 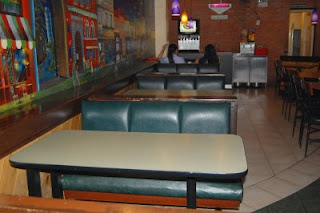 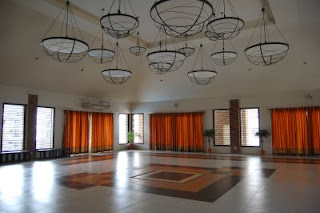 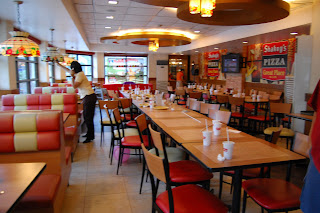 
I've been preparing for the birthday of Kiara, I already booked Ging Lorenzo for the photo. She is the first supplier that I booked. I've browsed through several birthday supplier rating, checked out several stores, still I can't decide where to celebrate it. Then, I read an article that what is important for a baby's first birthday is that the baby will be surrounded by family and friends who can make the baby happy or laugh. Yes, a mother is proud of her baby but the comfort of the baby should be considered. We were almost aiming at Antipolo for her birthday and we live in Pasig. It would take a while to get there and go back after the party. Right now, I can't send Ging the details for the service agreement because I haven't finalized the venue yet.

I am busy with my summer class but it ends this Saturday. Hopefully, I could really focus on the birthday preps. Hopefully!
God Help me!
Posted by Beibi at 11:32 AM No comments:

Another scandal, a showcase of id, (id in the structure of personality of Freud), I couldn't believe it. Here I am again blogging about showbiz like I can't write anything worthy. Just want to share my opinion on this matter. I would have to agree to what Karen Davila had said on radio " ok lang na malaman ng ilang tao pero ng lahat ng tao.." huwag na dapat i-share ang mga ganitong video. Sensationalized na naman. There is a majority of doctors who are violating the ethical standards of their profession and this called dual relationship, doctor mo na, lover mo pa. Pero in this case, there is no doctor-client relationship.
Dr. Kho is just like an ordinary doctor who LUSTS and go after the needs of his lusts. The problem is the video, maybe he has a hidden agenda in doing this, maybe just like in the radio, blackmailing Katrina of not showing the video in exchange for something.
Maybe he wants another sugar mommy.
For a psychologist to do this kind of act, he will be sanctioned with removal of license. In the States, you can be suspended for two years and then go back to your profession. Here I do not know the sanction.
Posted by Beibi at 12:39 AM 2 comments:

I watched the exclusive video of their wedding last night on Channel 2 and I conclude that Ryan was pretentious or not too in love with Juday just because his gestures while waiting in the altar was a defensive one. He was crossed-armed. Now, can you identify or show me a groom who has that gesture on his wedding day. He is not nervous, if he is, his hands would be in his pocket or holding a hanky. He was viewing Juday while walking down the aisle as if it was not his wedding like distancing himself from what is happening. It looks like a whole scripted thing to me, his gestures. But of course, Juday was very much in the scene, like living a dream, like any bride. She was true and spontaneous.

I also do not like the fact the when they were in the boat, Ryan was with his male friends and Juday was shown sleeping alone. I do not know the sequence of events but if you are marrying the woman that you love, wouldn't you want to be on her side most of the time?

After watching it, I guess I pity Judy Ann, he doesn't deserve Ryan. Ryan should stay uncommitted. Well, give him the benefit of the doubt, maybe I am wrong.
Posted by Beibi at 1:32 AM No comments:

You can go to the Gingersnap Warehouse sale at Eusebio Drive, San Miguel Ave. Pasig City. Sale runs from April 30 to June 6.

As for the directions going to Armal Compound refer to this link:

Going to Gingersnap Sale
Posted by Beibi at 1:01 AM 6 comments:

I am currently watching this fight and tries to write during commercial. Sobrang dami ng commercial!
Eh round two knockout na si Hatton. I watched the fight earlier in the internet pero hindi ko naabutan ang first round, I went upstairs where they were watching. I was with Kiara downstairs. They were already excited and shouting bumagsak na kasi si Hatton. So now, I am watching the show on TV.

I am now on the part where Pacquiao parades over and went to the ring. Oh, I remember, Martin Nievera sings the National Anthem, not impressed though, favorite ko pa rin si Sarah Geronimo when she sings it in one of his fight.

I felt like crying when I saw Pacqiuo maybe because I am proud of him, and how he is an inspiration to a lot of Filipinos. I saw him bend down on his knees and pray. Oh, maybe that is his power, in his hands, to pray and to punch...

Now the announcer is saying "and now with their places secure in the hall of fame, only one will win tonight,, ladies and gentlemen lets ready to rumble!"