Gumbo at the Atrium 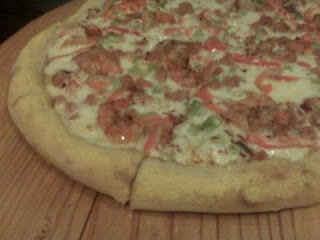 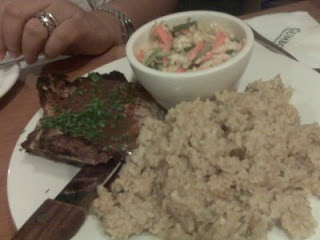 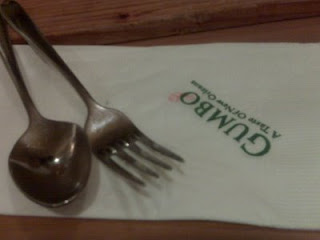 If we finished early on Monday or Tuesday, after my masteral class, we would try to go and sample new restaurants especially in the Atrium. There are a lot of new restarant there and each of them has their own style of enticing guest to eat.
We tried Gumbo because they have big servings that is good for sharing. They also have a free buffalo wings during that time.
So we ordered pizza for me and pork chop for Irwin. ( so much for sharing) plus we had the buffalo wings.
This is my first time to eat a special meal, according to Irwin it taste like the food in the States. Ganito raw talaga ang lasa ng mga pagkain dun. Gumbo, a Taste of New Orleans, wow, sarap. The pizza is not like the other pizza I've tried. Ewan ko, I cannot describe it. Wala kang ititira, like in some pizza you don't eat the hard bread, eto to the last bite.
The coleslaw tastes something else. The porkchop is also tasty.
we will definitely go back and try something else on their menu.
Posted by Beibi at 11:26 PM