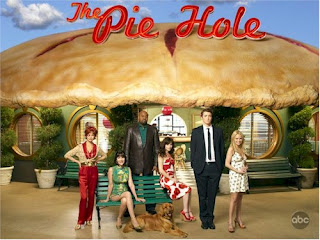 If you could bring someone back to life for 60 seconds, who would it be and what would you ask?

Wow! That's power, since I'm blessed to have no close friends or relatives that I wanted to ask, I think I'll ask Rico Yan if he really died in his sleep or ask Marcos if he has any hidden wealth. I can't think of a good answer.

Anyway, Have you watched this already? I watched it before it premiered and I can't wait for the next episode. I was just telling Irwin that this is a fresh idea or plot of a story. I never imagined watching a series like this. Imagine, you have the power to bring someone back to life for 60 seconds and you have to touch him to bring him his death. If the 60 seconds expires, he lives and another person will die.
So what the bida did is to look for unusual death that has a reward on their head and go to the dead body and touch him. He lives. Ask him what happened in 60 seconds. Touch him again and he is dead. So he goes to the sheriff and explains what happened. Case closed. It turned out that the love of his life was murdered, so he brought her back to life but they cannot touch because it would kill her.

The premiere episode ended with each of them grasping their own hands at their back, looking at each other side by side, without touching.
Ok, so this is going to be a no kissing, no sex series. A new break.
Posted by Beibi at 10:44 PM

btw, is this a new show jan sa US? I got curious.. and I like the question.. hmmm it made me think.